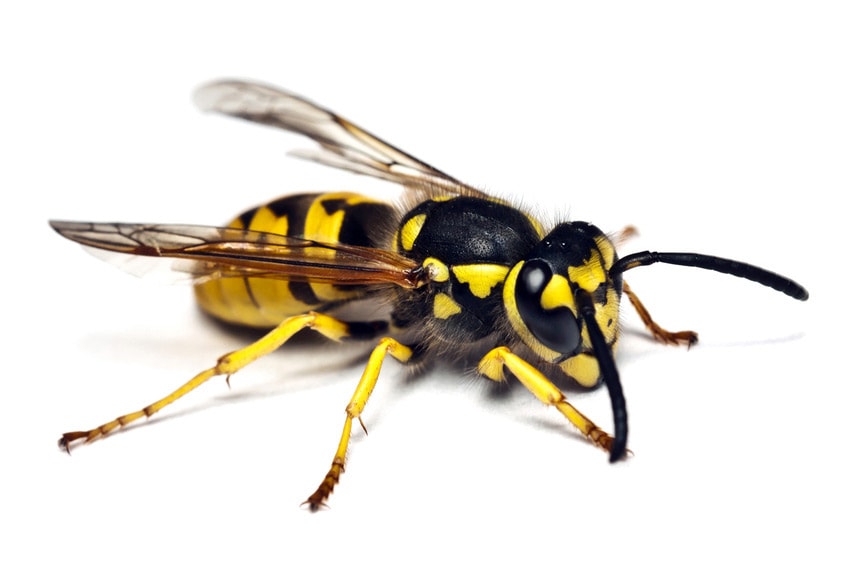 You are here: Home / All About Wasps

Wasps are winged insects with a slender waist and a sting. It builds a paper nest using wood pulp and nurtures its larvae by feeding on insects.

Where do Wasps Live?

Many wasps live in warm temperatures. The ones that live in cold weather conditions are only active during Summer. Wasps construct nests to live in with some building nests from wood or mud. Most wasps merely dig holes in the ground or make use of the holes that exist in wood. The nests can be on houses, in trees or bushes and use fibers, paper pulp or wood to build nests. Wasps live for just a few months, but the queen can live for several years. Many wasps die when it gets cold, and there is a scarcity of food sources. The queen hibernates during Winter to establish a new colony on the onset of Spring.

How do Wasps Reproduce?

Social wasps mate once yearly and after a mating session, female wasps hide in the ground or go to a bounded space until Winter is over while the male species die. During Spring, a female wasp that has been fertilized lays eggs in pods that look like cells to start her colony. When the larvae hatch from the eggs, the female feeds them. After approximately ten days, adult workers emerge and begin to care for the extra eggs. Some of the female worker wasps are sterile, so their single responsibility is to nurture the baby wasps and help the queen. As the Spring season continues, there is the production of more eggs, workers, and larvae. Towards the end of Summer, male wasps develop from the eggs that are unfertilized. Fertile females also grow from the larvae that are properly fed, and the mating process starts again.

Unlike social wasps, all the female solitary wasps are fertile. These female wasps regularly lay eggs close to a spider so that as the larva grows, it can utilize the insect for food. The mating process for the male and female solitary wasps takes place during Spring. Some species of these wasps die soon after mating while others endure the summer.  Many solitary wasps survive the Winter as pupae.

Common Wasps in the United States

There are two varieties of wasps: Solitary wasps and Social wasps. The latter has nests and is often the ones you want to eliminate either since the wasp population is a sting and noticeable or due to the proximity of the wasp nest. Take a look at some of the wasps that are common in the United States.

They have long legs and bodies and construct huge nets that are exposed making the combs evidently visible. The nests they make are often similar to an umbrella that is upside down. They normally built them in sheltered areas like the end of an exposed pipe or the attics of a house. Paper wasps only attack when they feel threatened, and their sting is extremely painful and possibly dangerous.

These wasps have profuse black antennae, and their legs are shorter than those of the paper wasps. They construct nests that are covered and papery-looking and they opt for enclosed spaces such as cavities or voids in the ground. Yellow jackets can be quite aggressive. They sting numerous times and often attack in swarms.

They are the largest type of social wasps. Hornets build paper nests that are often in wall cavities and tree trunks.

How to Get Rid of Wasps

When you find a wasp nest, there are many things you can do to get rid of the nest safely. It is advisable to treat the wasp nest as soon as it occurs to prevent a small issue from turning into a big one. The simplest and fastest technique is to contact your local pest control professional for effective removal. In case the wasp nest is small, there are some methods you can apply to remove it but always be careful when handling the nest since the wasps tend to sting when they feel endangered. Here are some methods of removing wasps.

You can hang paper lanterns or anything else that resembles a real nest. These items ward off wasps since they are territorial, and they cannot build near another nest.

There are many glass wasp traps you can use but ensure you replace the bait since wasps love fresh bait. You can also choose to craft your own affordable model from any plastic bottle.

Use a Non-Toxic Wasp Killer

Even the most organic pesticides can be hazardous to pets, plants and children. However, you do not have to use poison to eliminate the wasps that have invaded your space. You can use a non-toxic wasp killer to spray the wasp nests. One DIY non-toxic wasp killer is using soap and water filled with a garden hose. Wear protective gear and keep some distance since the wasps can be aggressive.