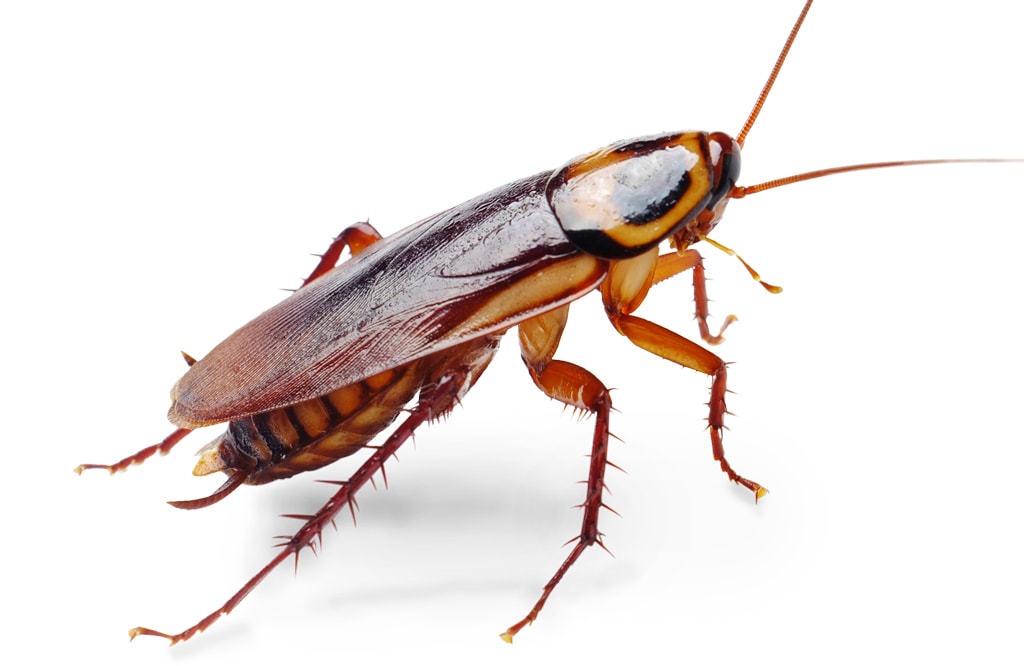 You are here: Home / All About Roaches

Also known as cockroaches, roaches are insects belonging to the order Blattodea. They eat your food, books, damage wallpaper and electronics. Some species of the roaches also spread germs to humans.

Where do Roaches Live?

When roaches make themselves comfortable in a house, it can be very hard to eliminate them. The American roach lives outdoors and prefers warm climates in areas such as Florida. They are present in trees, woodpiles and around garbage. When it rains heavily, the American roach can mass migrate and flood a building.

The German roach is very secretive and spends too much time in hiding. The roach cannot survive away from human beings and their modern comforts. If they do not stay hidden, they can quickly be squished in many homes. In a house, the German roach lives in big groups, bunched in dark areas mostly in the kitchen.  Its favorite haunts are walls, cabinet voids, dishwashers, refrigerators, below and behind the stove. These roaches use scent from the poop they deposit in designated areas to find each other.

How do Roaches Reproduce?

After a mating process, female roaches deposit eggs in an oval capsule that is hard known as an ootheca. A roach gestation starts after the female creates the ootheca. When the eggs are nearly set to hatch, the mothers of many of the species descend the egg case near a food source or make use of their mouth secretions to glue it to an appropriate surface. The eggs have adequate water to sustain the baby roaches until they are ready to hatch and can start rummaging for food and water on their own. Many species leave the egg case in a safe protected area until they hatch, but German roaches move around with their ootheca until it hatches. It is appended to their abdomen. Other species such as the Madagascar hissing roach keep their ootheca in their body until they are ready to hatch, giving the illusion of live birth.

The oriental roach has a lifespan of between 34 to 189 days during which the females can produce eight egg capsules on average. Each capsule has around 16 eggs and after the female carrying the capsules for 12 hours to five days, they leave them in a warm, safe place. The Brown-Banded Cockroach females live from 13-45 weeks and carry the egg capsules for around 30 hours before they stick them in well-hidden areas like \under furniture or behind pictures. Their egg capsules have around 13 eggs and all through their life; a female produces around 14 of them.

After they hatch, nymphs have a ghostly white appearance and are soft. After their exoskeleton becomes hard, they darken and adapt their usual color. Cockroach nymphs go through several molts until they finally become adults.  The difference between the nymphs and adults of many species is that the adults are large and have wings.

Common Roaches in the United States

They are the largest roach that is often found in houses. They do not get their wings until they reach adulthood. They can hatch around 150 offsprings every year.

Their name is derived from the two light bands across their dark brown bodies. The wings of the male are larger than those of the female. These roaches have a life span of about 5-6 ½ months.

Found everywhere in the world, the German roaches are the most common ones in the Unites States. Each roach can live for around 100-200 days.

How to Get Rid of Roaches

When you have cockroaches in your house, there are several methods you can use to get rid of them. Here are some of them.

There are many sprays available that are effective in eliminating roaches. Spray hiding places such as vents, cracks in the wall, drainage areas and trash cans.

The method is also very effective. You can purchase the cockroach trap that has adhesive material acting as bait. Once the roaches enter the trap to eat the bait, the adhesive entraps them. Ensure you place the trap in areas that are commonly infested. Put the trap repeatedly for about a week to eliminate the cockroaches completely and repeat the process after two weeks to see if there is re – infestation.

It has a chemical gel that acts as a slow poison to the roaches. The bait attracts the cockroaches, and they bring more of their family members to the bait. As a result, all the roaches are killed in two weeks. Put the bait near areas that cockroaches frequent.

You can also use liquid concentrate to poison or deter the roaches. All you need to do is dilute it with water and spray into areas that are possible nests and entry points of roaches. The diluted mixture can also be useful in wiping or mopping surfaces and floors.